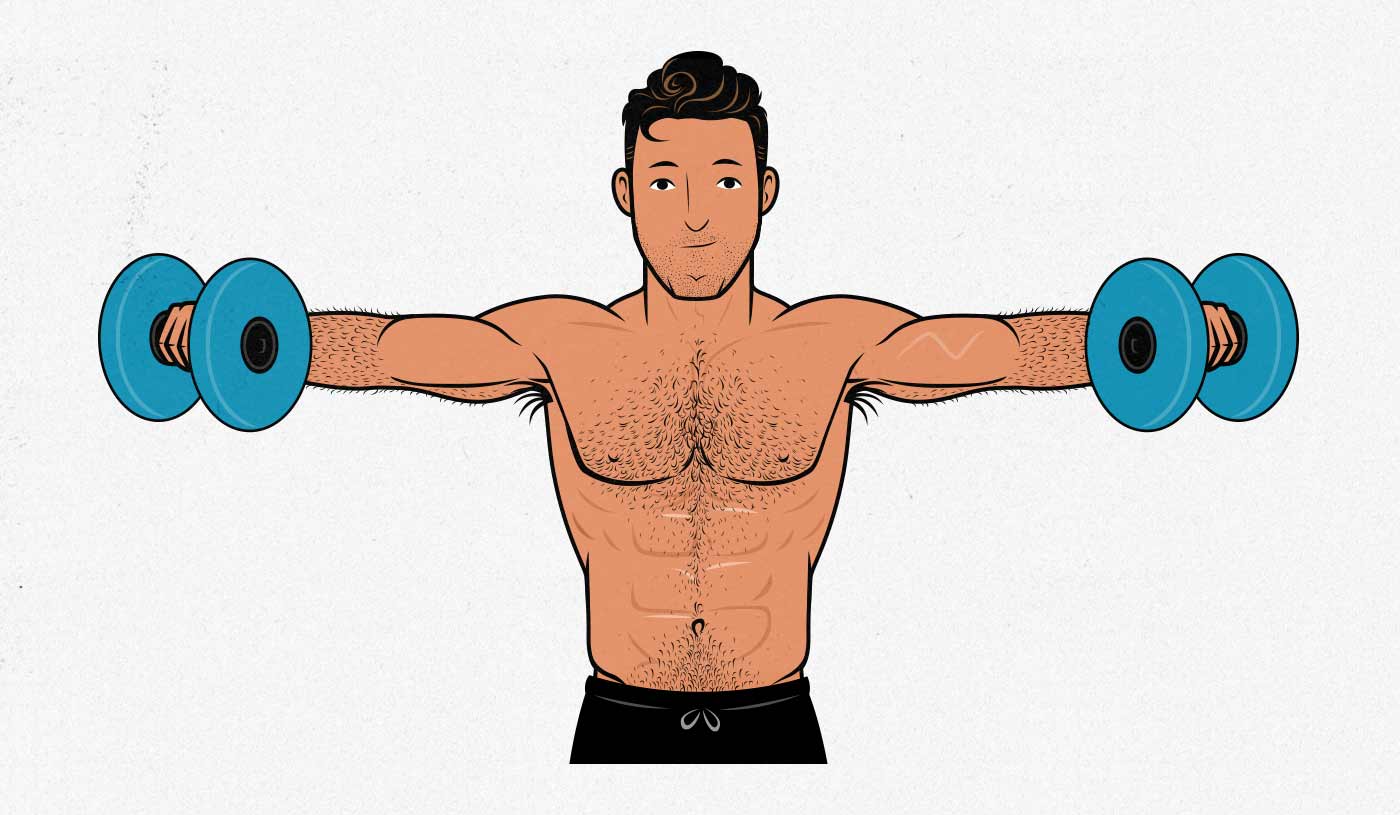 A compound lift is one that uses two or more joints. For example, the chin-up works your biceps, upper back, forearms, and even your abs. All of those muscles contribute to the lift, stimulating a ton of muscle growth all at once. And since all of the muscles are helping each other, you tend to be able to lift quite a bit of weight, which is great for improving your cardiovascular system and bone density.

If you’re trying to build muscle, you won’t find better exercises than squats, chin-ups, presses, rows, and deadlifts. Each of those lifts stimulates growth in hundreds of muscles, strengthens your bones, and improves your cardiovascular fitness.

An isolation lift doesn’t isolate a muscle, it isolates a joint. If we use the example of a biceps curl, the elbow joint is being “isolated,” but a number of different muscles still contribute to the lift: your biceps, brachialis, brachioradialis, and all of your other elbow flexors. However, in order to isolate your elbow joint, other muscles, such as your upper back muscles, are going to need to hold your body in place. This makes a biceps curl great for building up bigger upper arms, forearms, and even your upper back. Still, a biceps curl won’t work nearly as many muscles as a chin-up. Even just for bicep growth, chin-ups are the better exercise.

So far, it probably sounds like compound lifts are better for building muscle, and in many ways, they are. However, there’s a lot of mythology surrounding compound lifts. 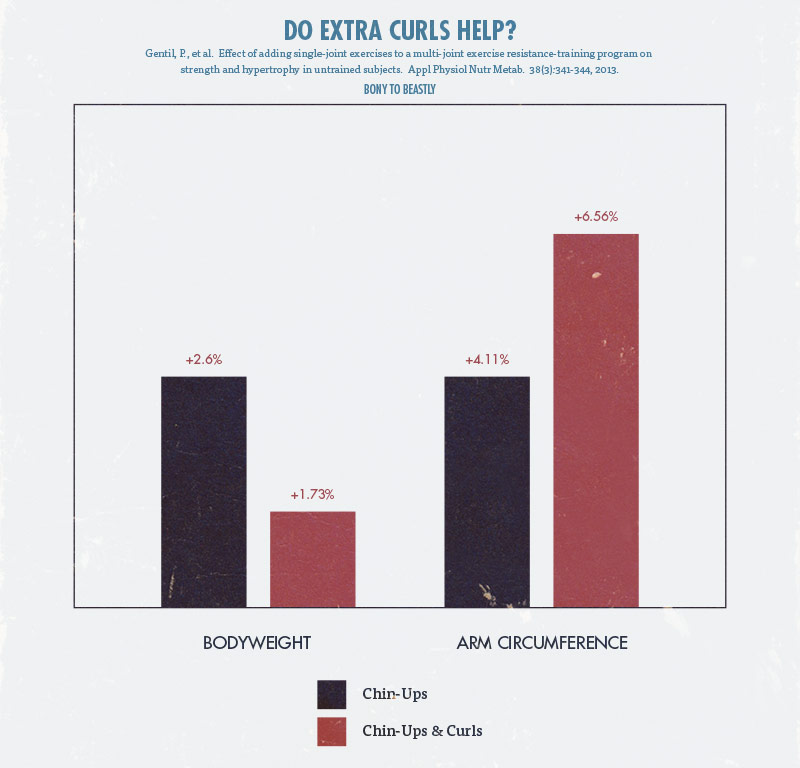 Some people also claim that isolation lifts don’t produce any extra growth, which is false, but I see where the error comes from. If we look at this study that measured arm growth while doing compound lifts or compound+isolation lifts, we see that the participants who did the isolation lifts built much larger arms.

However, if you read the study’s abstract, you’ll notice that it says: “This study showed that the inclusion of single-joint exercises in a multi-joint exercise training program resulted in no additional benefits in terms of muscle size or strength gains in untrained young men.”

Why is the study saying that isolation don’t help when, in fact, the study found that they did help? The answer is that it was a small study and the effect sizes were small (muscle growth is slow), which means that they couldn’t guarantee that the extra muscle growth was due to more than just random chance. The isolation lifts were producing tons of extra growth, it wasn’t enough to overcome the small sample size.

What’s nice about having so many similar studies is that we can pool the results together and create a systematic review. Greg Nuckols, from Monthly Applications in Strength Sport, conducted an informal review of all seven studies and found that adding in isolation lifts caused 27% more muscle growth in the target areas.

So, yes, isolation lifts do cause extra muscle growth.

Isolation lifts have some other benefits while bulking as well:

So unless you have to keep things simple, you’ll probably benefit from adding in isolation lifts.