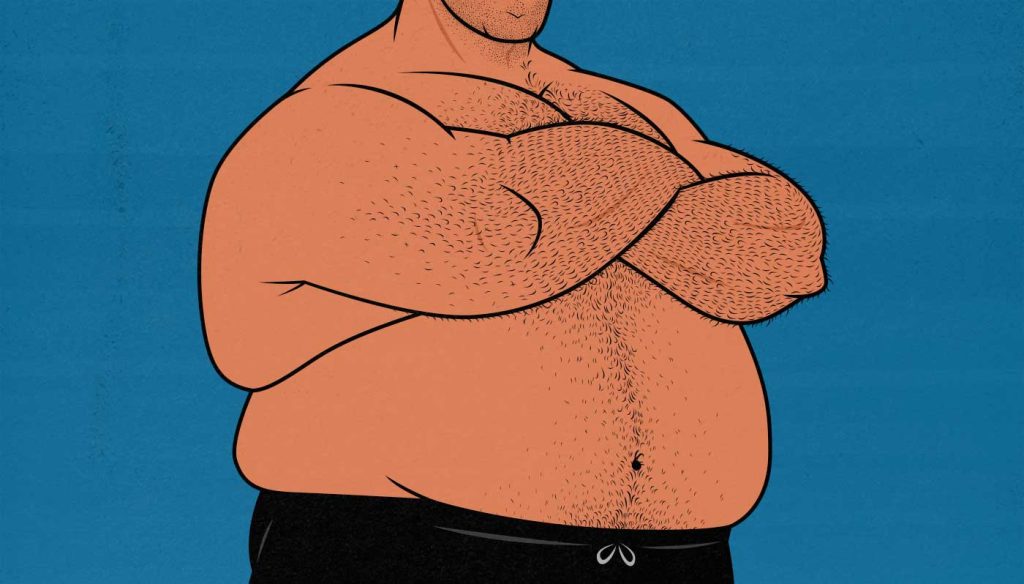 One of the best ways to ruin a bulk is to be so scared of gaining fat that you avoid gaining weight. If you’re 130 pounds, the only way to get up to 180 pounds is to gain weight. There’s no other path there. You have to bulk.

But bulking is a dastardly process. You can just as easily mess it up by gaining too much weight, causing you to gain a disproportionate amount of fat. You can cut the fat away, of course. It still works out in the end. But cutting takes time, and feeling fat can be frustrating.

To make things even trickier, there are a number of factors that can affect the ratio of muscle-to-fat that you gain, including your workout program, your bulking diet, your genetics, and even your sleep habits. It’s possible to bulk at a reasonable pace and still gain a ton of fat.

That brings us to the big question: how much fat should you gain while bulking? And if you notice your body-fat percentage going up, does that mean you’re doing something wrong?

The whole point of bulking is to gain muscle size and strength. If some fat comes along for the ride, that’s not ideal, but it’s okay. It’s fairly easy to get rid of any fat you gain, especially if you’re naturally thin, and especially if there isn’t that much of it. Most guys have gone on a dreamer bulk at some point in their lives. I certainly have. I don’t recommend it, but it’s not the end of the world.

Where most skinny guys mess up is being so afraid of gaining fat that they fail to gain an appreciable amount of muscle. If you’re like me, starting off at 130 pounds at a height of 6’2, then the best path forward is to do a bonafide bulk, focusing on gaining weight, getting stronger, and getting bigger. It’s during those focused bulks that I made virtually all of my progress.

If you notice a bit of fat gain, that’s okay. The important thing is that you’re gaining tons of muscle. That’s how you’ll get big and strong. The trick is to make sure you aren’t gaining fat needlessly, that your fat gain isn’t disproportional, and that you never get so fat that it begins to harm your health (or appearance).

For instance, Hugo spent a few months bulking up, focused on getting bigger and stronger. He gained a bit of fat while doing it, so he spent a couple of months cutting. By the end of the year, he was up 40 pounds and looked leaner than when he started. This is the power of bulking. It allows for fast muscle gain.

In fact, during my most disastrous dreamer bulk, where I stupidly gained around 25 pounds of fat, I also broke all of my personal strength records and built muscle that I’ve kept ever since. The only price I paid for it was having to spend 3 months cutting. Do I recommend it? No. But is it something to be afraid of? Definitely not.

If you focus on steadily gaining weight, and if you’re gaining strength in the gym every week on most of your big compound lifts, then your bulk is going okay. You’re making progress.

Just because you’re gaining fat while bulking doesn’t mean that you’ll become fat. If you’re a lean guy now, gaining another 5–10 pounds of fat won’t make you chubby. You’ll still be lean. You’ll just be a little bit less lean. And it will still look good and be healthy. There’s no real harm to it.

For example, Dan bulked up extremely aggressively and gained a mix of both muscle and fat. You can see both the muscle gains and fat gains quite clearly. With that said, even after gaining some fat, he still looks great, and he’s still within the healthy body-fat percentage range. And the benefit, of course, is that he gained a ton of muscle.

The trouble is when people go on dramatic dreamer bulks and actually become fat. If you start off skinny-fat and gain 20–30 pounds of fat, you’ll become overweight. You may not like how you look as much. It may harm your health. That’s not what we’re talking about. We’re talking about gaining mostly muscle, a bit of fat, and staying within a healthy and attractive body-fat percentage range.

For example, Johnny joined our program because he wanted to gain muscle. That’s our specialty. But he was unhappy with his body-fat percentage, so he started with a cut. By the end of the cut, he looked way more muscular.

What Ratio of Muscle to Fat Should You Gain?

Most beginners can gain muscle without eating in a calorie surplus. They can gain muscle while losing fat. Maybe they’re even losing weight while doing it. That’s because most people are overweight, and when they start lifting weights, they aren’t bulking. They’re dipping into their fat reserves for energy while using the protein they’re eating to construct muscle.

Now, even with bonafide bulks, there’s plenty of research showing totally lean gains. For instance, this study found that guys eating a good bulking diet while following a rigorous hypertrophy training routine were, on average, able to gain 7.5 pounds of muscle in eight weeks while losing fat. Some of our members are able to get results like that, too:

With that said, there are plenty of factors that affect how much fat you gain while bulking. For example, in a study by Ribeiro et al., groups of intermediate lifters were put on a bulking program and instructed to gain weight at different rates. The group gaining two pounds per week built twice as much muscle as the group gaining one pound per week. However, they also gained six times as much fat.

For more, we have an article on how fast to gain weight while bulking and another on how to do a lean bulk.

As a general rule of thumb, if you’ve still got room on your frame for a significant amount of muscle growth, at least half of the weight you gain while bulking should be muscle. If you can do even better than that, gaining more like 80% muscle and 20% fat, sweet—that’s amazing. 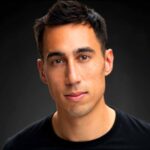